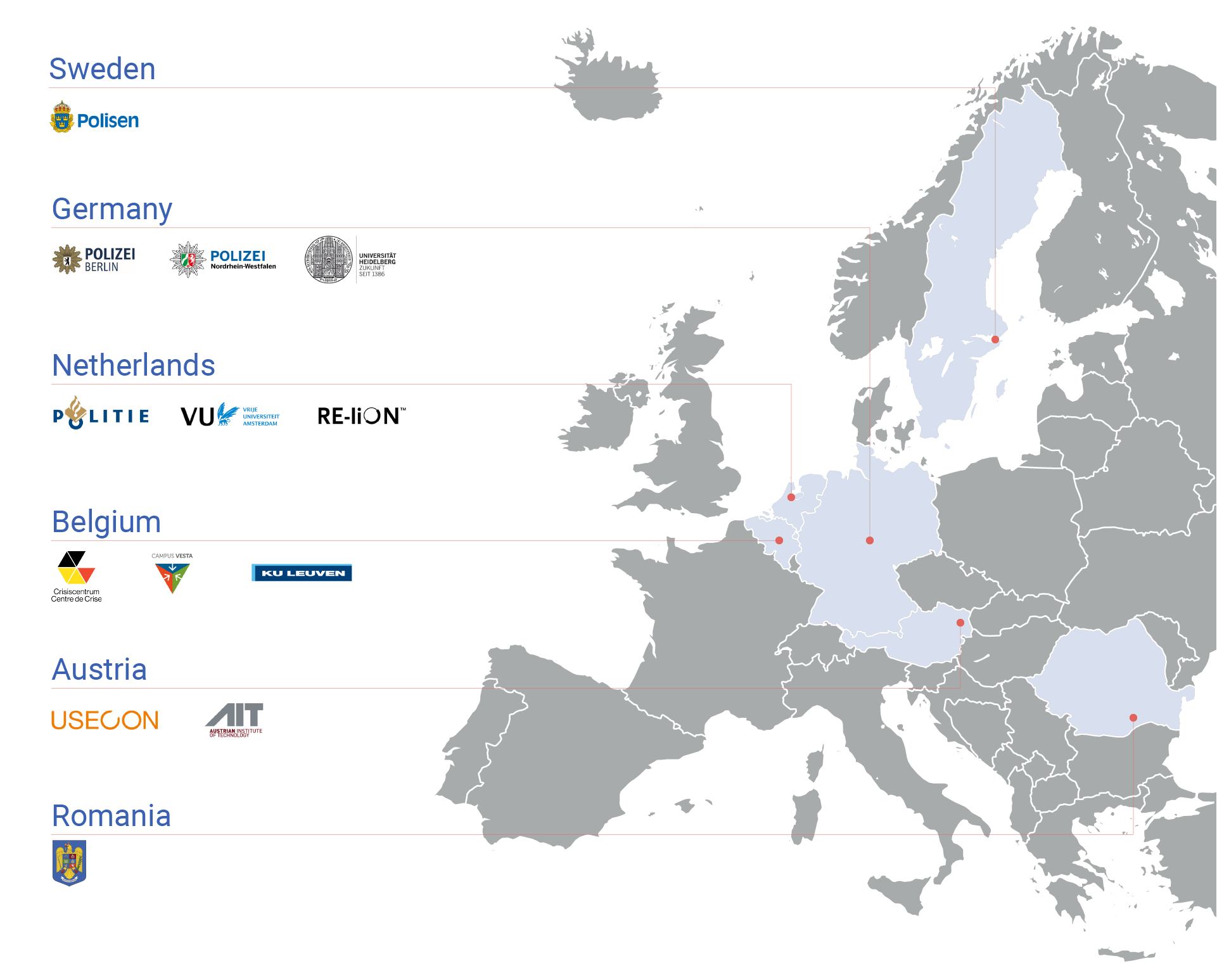 USECON is an internationally active consultancy, based in Vienna that is specialized in consulting services around all activities of user-centred design of interactive systems. Human beings with all their needs, expectations and behaviours are central to our interests. The focus of all our activities are the “3 Us”:

USECON has an experience background of more than 500 research and industrial projects with more than 300 customers on an international scale. Beside this huge amount of activities, USECON offers special expertise in a broad area of application and technological domains. USECON is the initiator of SHOTPROS and its coordinator. It will lead the work packages WP1 Project Management and WP8 Dissemination & Exploitation.

For any questions regarding the coordination please contact Mr Markus Murtinger:

The Berlin Police (BP) – Polizeiakademie (Police Academy), in German the official name of the authority is “Der Polizeipraesident in Berlin”, is in charge of all police tasks of the Land Berlin – with more than 22.000 staff members. Mainly involved into the project activities will be the Police Academy. Its main task is the basic and further training with focus on equipment as well as tactical and technical aspects. Berlin Police will use the results of SHOTPROS for new training programs (e.g. DMA-SR and use of force, choice of arms, etc.) and VR Guidelines for new setups of training areas (e.g. VR Shooting Range, etc.). 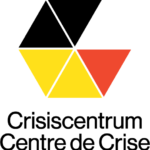 NCCN is the coordination and crisis centre of the Belgian Federal Government. Their expertise and experience are focused upon events which, by reason of their nature or consequences, threaten the vital interests of the country or the essential needs of the population. Among others, they consist of a risk analysis department and a CBRN expertise centre. NCCN will aid in the identification of high-risk situations through the development of a risk assessment tool and the design of VR-scenarios which correspond to these high-risk situations (WP4). Furthermore, crisis and risk communication expertise will allow NCCN to develop relevant strategies, decision-making support and toolkits for policy-makers (WP8).

National Police of the Netherlands (NPN)

The OBT sector ‘Integral Professional Skilltraining’ (IBT) of the Dutch National Police is responsible for the domain ‘Danger and Violence control’. It deals with tactical- and technical procedures and skills, laws and regulations, self-defence and physical and mental behaviour. The main SHOTPROS goal of the National Police will be a professional performance of the police officers and a correct performance to citizens, based on DMA-SR results and frameworks.

The Dutch National Police has started in 2012 and is the result from a reorganisation of 26 regions, under the authority of our National Government. The National force has about 60.000 staff members, working as executive police (uniform, detectives and support) and the administration police. From the main staff, the police organisation consists of two pillars: The Operational and the Backing division. For education there is the Police Acadamy, this department is responsible for the start-competent of the police officers and there is the OBT (Operational Guidance and Training), this department is responsible for the professional-competent of the police officers. Both departments work at national level and they work closely together.

The OBT sector ‘Integral Professional Skilltraining’ (IBT) is responsible for the domain ‘Danger and Violence control’. It’s about tactical- and technical procedures and skills, laws and regulations, self-defence and physical and mental behaviour.

The main goal of the National Police will be a professional performance of the police officers and a correctlyperformance to citizens.

The North Rhine-Westphalia (NRW) Police Force is, by far, the largest of the 16 states, overseeing almost onequarter of the country’s total population at, close to, 18 million residents. The NRW State Police Force carries out its duties through three police supervising authorities, along with forty-seven police constabularies / local authorities, encompassing some 42.000 police officers and 8.000 members of staff. The police constabularies / local authorities reports to the police supervising authorities or Ministry of Interior and Municipal NRW (MIK NRW) and, in turn, the Ministry reports to the state Parliament of North Rhine-Westphalia.

All in all, 42.000 police officers and 8.000 members of staff work in the state of NRW. The police in NRW reports to the Ministry of Interior and Municipal NRW (MIK NRW). The Minister is politically answerable andaccountable to the state Parliament of North Rhine-Westphalia.

There are approximately 1.600 uniformed and civil personnel at the LAFP NRW: qualified trainers/teachers for basic and further training, consultants, psychologists, medics, admin specialists and service people who provide the best quality service for the benefit of NRW police authorities and institutions, with almost 50.000 employees in all. Mainly involved into the project activities will be the SG 11.1 (Further education department operational training). Its main task within the LAFP is the education and qualification of police trainers and defining the policial operational standards within the basic training and the further police education. Another field of operation is the qualification of basic training instructors within the LAFP. 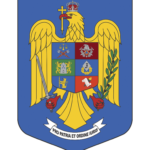 The Romanian Ministry of Internal Affairs (RMIA) is the specialized body of the central public administration, exercising law duties concerning protection of human rights and fundamental freedoms, public and private property, public order, preventing and combating antisocial acts, compliance with the legal regime of State border and foreigner’s border, fire safety and civil protection of people and goods. They will use the DMR-SR results for new training programs and VR Guidelines for internal technology knowledge.

The mission of the Swedish Police (SPA) is to reduce crime and to increase public safety. Through crime prevention, the police work strives to ensure that fewer crimes are committed. The aim is also for more crimes to be solved. Mainly involved in the project activities will be the Weapons Unit. Its main task within the Police Academy is the basic and further shooting training with focus on equipment as well as tactical and technical aspects.

The AIT Austrian Institute of Technology is Austria´s largest non-university research institute, specialist on research and development activities of technologies, techniques and tools of key infrastructure solutions of the future.

AIT will build on its strong research experience in technology experience and its recent advances in designing and assessing virtual reality bases training approaches. Together with AIT’s strong history in successful research project execution on an international level, this ensures that AIT will successfully lead the work on Training Experience Assessment, Modelling and Scenario Development (WP4) and the creation and validation of a VR cue repository.

Furthermore, the execution of numerous human factor studies and experiments and the quantitative modelling oftrainee behaviour (WP6) will create novel datasets and experience and behaviour models.

KU Leuven boasts a rich tradition of education and research that dates back six centuries. It is currently by far the largest university in Belgium in terms of research funding and expenditure (EUR 475 million in 2017), and is a charter member of LERU. KU Leuven conducts fundamental and applied research in all academic disciplines with a clear international orientation. In the Times Higher Education ranking, KU Leuven is ranked as the 21st European university, while in the Reuters Top 100 of the World’s most innovative institutions, KU Leuven is listed as the first European university.

KU Leuven will be represented in the the SHOTPROS Consortium by Geert Vervaeke and Emma Jaspaert. Prof. Dr. Geert Vervaeke is a full professor at the Faculty of Law of the KU Leuven and a Chair of the Research Unit Criminal Law and Criminology. Dr. Emma Jaspaert is a doctor in Criminology and a post-doctoral researcher at the Faculty of Law of the KU Leuven. They have a strong experience in psychology and user-based requirement research. Therefore, KU Leuven will be responsible for WP2 “Requirement Analysis and User Research” from different perspectives and stakeholder views. Furthermore, KUL will overtake the topic for ethical reviews for all deliverables (WP1) and will organise together with VESTA the final conference (WP8).

RE-liON focusses on creating advanced training and mission preparation systems using virtual reality technology. The systems are carefully designed for professionals in crisis management that risk their lives on a daily basis. The platform RE-liON developed is called Small Unit Immersive Trainer (SUIT). The SUIT platform has been developed over the last 12 years as an education, training and mission rehearsal solution to bridge the large gap between classroom and live outdoor training. It features tools to create terrain databases required for training and to tailor these virtual environments to their learning objectives. We have a long-standing tradition of going to great lengths to create user-friendly products that incorporate the latest in technology advances. The SUIT platform was therefore developed in close collaboration with the Netherlands Armed Forces. Specialists consider us to be thought leaders, a position which we want to grow.

RL will be responsible for the development of defined police VR scenarios, the integration of stress measurements sand creation of the innovative after-review dashboard and will led therefore WP5. Furthermore, RL will provisioning the existing VR environment and hardware for the human factor studies (WP6) and the field-trials (WP7). RL will be responsible for the setup of the VR environment at the LEAs premises and the technical planning with them. RL will also overtake the important role as technical advisor in all WPs. In WP8 RL will develop the VR showcase for dissemination.

UHEI has long experience in conducting ethical, well-designed experiments which fulfil the international scientific standards and critical peer reviews. They have extended knowledge in the psychophysiology of stress. Therefore, they will support to outline study designs involving biomarkers, they will supervise the valid and ethical conduction of bio sampling and they will be responsible for the laboratory analyses of biodata (WP4, 6). As sport psychologists, they will contribute to the interdisciplinarity of the project by sharing their understanding of decision-making and performance under stress of elite athletes, as elite athletes- similar to police officers – are required to perform well under stressful circumstances (WP2).

The Faculty of Behavioural and Movement Sciences of the Vrije Universiteit Amsterdam stands for innovative and ambitious education and research in the domains psychology, pedagogy, and human movement sciences. The faculty has approximately 2,500 students and 900 employees.

VUA has a world-class expertise on performing under pressure, training for high-stakes performance settings, perception-action coupling, and decision-making and acting. Therefore, VUA will be responsible for comparison actual trainings programs, creating and validating the HF based Multi-Dimensional DMA-SR model (WP3) and compile a European framework for training and assessment, using VR, of DMA-SR behaviour of LEAS professionals (WP3 and final version in WP7).

VESTA has extended experience in training, teaching, disseminating new knowledge and organisation of mono and multidisciplinary table top and field exercises. Two departments of VESTA will be particularly involved: The Police Academy, responsible for training all police staff, having its own training infrastructure; and VESTA’s Research Department with extensive experience in national and EU research projects. VESTA will be responsible for the End User Management (WP1, T1.4) and for planning and managing the field tests (WP7). Because of their expert knowledge in networking and setup communities they will be responsible for establishing the planned VR Training Network and organising the final conference (WP8).