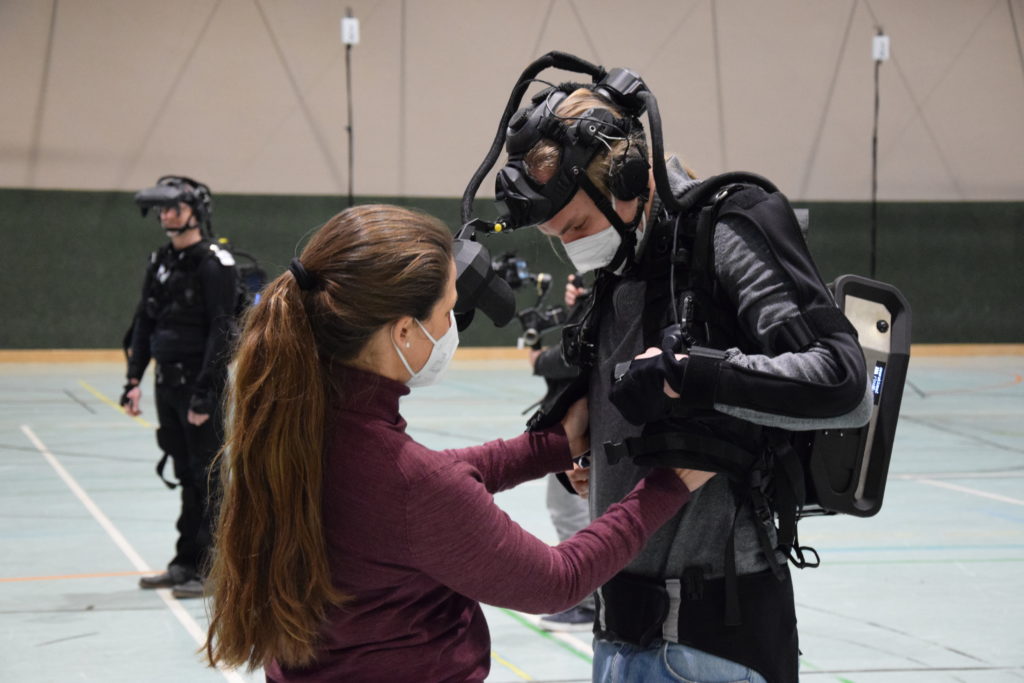 The first SHOTPROS field trial took place from 7th to 11th February 2022 in Seibersdorf, Austria. It was the start of our roadshow across Europe to demonstrate the project results and the SHOTPROS virtual reality training.

The innovative training program allows a detailed examination of how human factors influence the decision-making and reactions of police officers. Different scenarios were presented such as a bank robbery with hostage-taking, a carjacking or domestic violence and each time virtual avatars or trainers acted as role players. The participating police officers have been equipped with a VR headset, realistic 3D-printed police gear such as a flashlight and handcuffs, as well as a VR suit containing sensors on arms and legs.

The sensors recorded the police officers movements for later analysis and the after-action review. The stress level of the participants was also measured by a team of scientists from the project partner AIT – Austrian Institute of Technology. This alows to determine the level at which a law enforcement officer no longer acts, but only reacts. The field trial was also a good opportunity to test the Mobile Multi-Sensory Platform (MMSP). The platform intends to involve as many senses as possible in the exercise, such as the sense of thermoception or feeling pain, and see whether and how it affects the perception.

If you need further information or want to participate please contact us shotpros@usecon.com 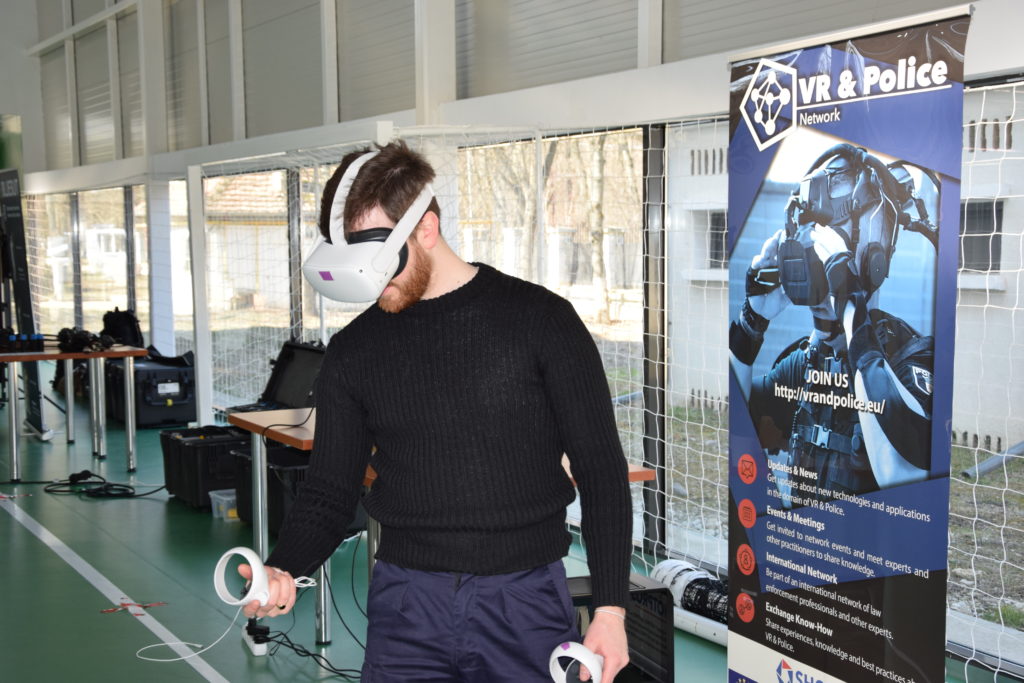 VR & Police Network meeting in the castle of Gimborn, Germany 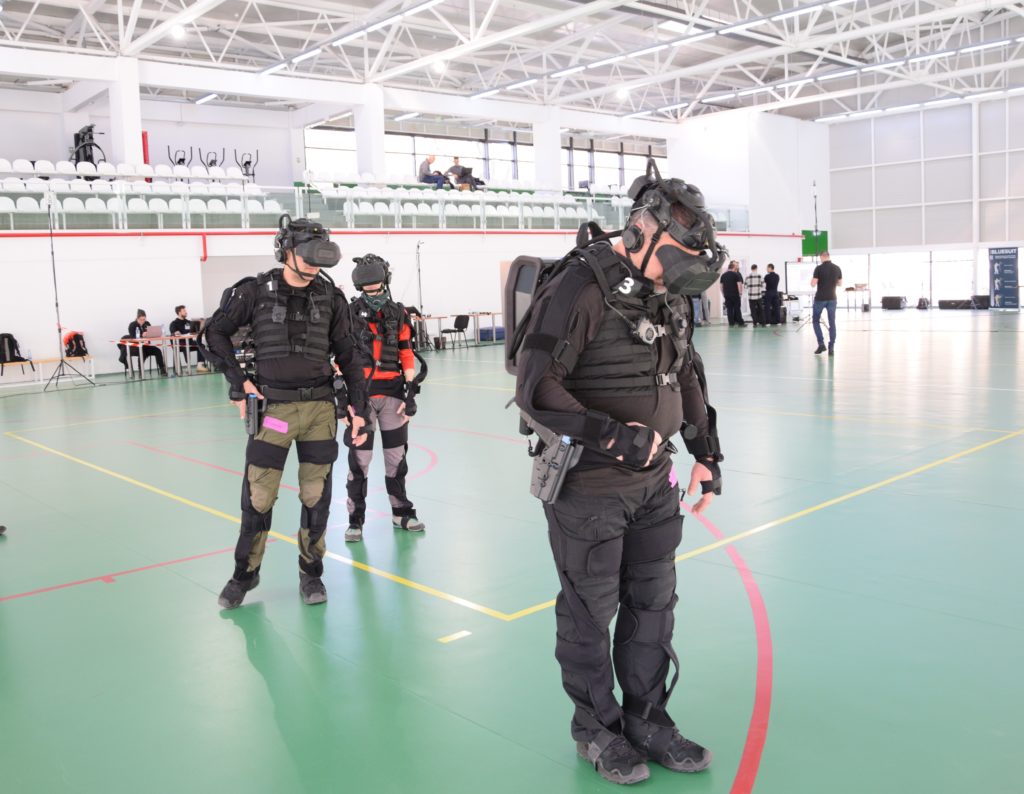 The second SHOTPROS field trial took place from 21st to 25th March 2022 in Bucharest at our law enforcement partner RMIA. 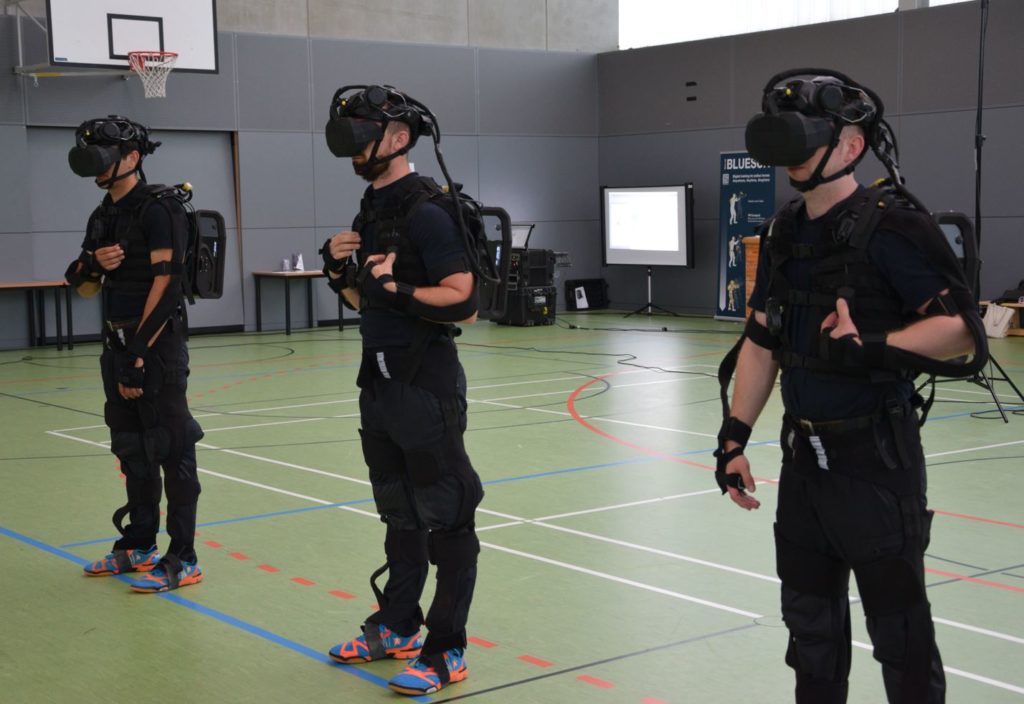 SHOTPROS conducted a human factors study in August 2021 at LAFP NRW and produced a video to provide insights into the great collbaloration. 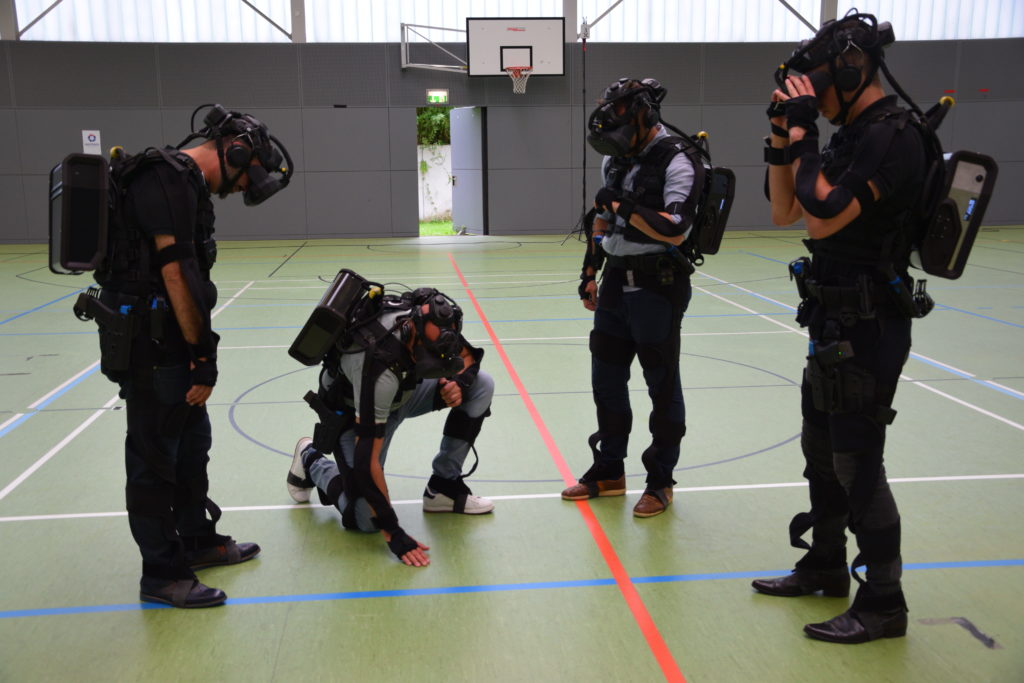